Just announced earlier today, manufacturer Megahouse will be revealing, along with the previously announced Chara Fortune mini figures, Tiger & Bunny additions to their G.E.M figure line. These will be shown at Jump Fiesta on December 17th.

What is the G.E.M. line? Where as the Figuarts Zero line is relatively small, only slightly taller then the S.H.Figuarts at a little over 6 inches, the Megahouse figures are high quality, 1:8 scaled figures. Of course this size and quality comes at a price, with the current releases ranging between 6800~8500 yen. To see the current offerings to get a better idea of what we'll be expecting, Tsuki-Board has both a variety of official and user images.

To get an idea of scale, Yamicha was kind enough to take pictures of their current G.E.M. figures hanging out with Figuarts Tiger. 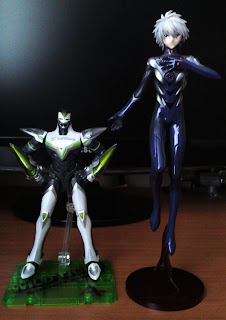 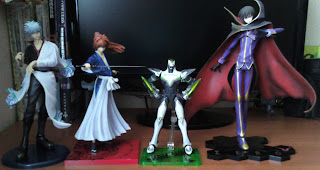 I'm definitely excited to see how these turn out, though my wallet is already bracing for the blow.

Not figure related, but I forgot to add in yesterday's post that the Wild Tiger rubber mask went up for preorder at Animate last week, retailing for 5775 yen. Not entirely significant, but it gives me an excuse to post this picture which I find hilarious for some reason. 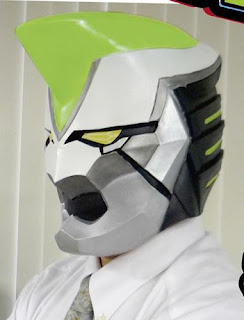 Just another day at the office.

That's all for today, hope to see ya~ again to soon.
Posted by Royale at 8:55 PM