I need photos! Photos of figures!

Well, the Tamashii Nations Event is well under way, and there seems to be quite a few new announcements. The problem? We don't get to see most of them. At least not until the event is over and Bandai decides to share. Instead we mostly just glimpses and sketches of what's to come. Of course, I hesitate to update without solid pictures, but I can only wait so long.

What we did get to see was full pictures of new SH Figuarts Lunatic and H-01, which are more then exciting just in and of themeselves. 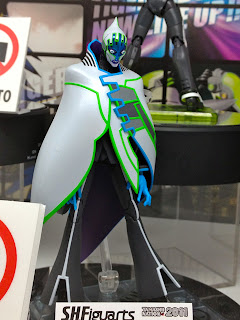 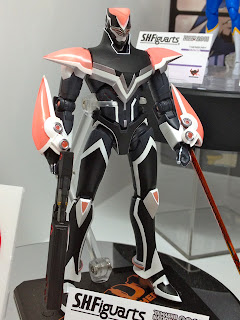 But wait, what's that standing behind H-01? Yes, it's the glorious Crapsuit figure we've all been hoping for and dreaming about. We'll just have to keep waiting, though, to see more then just his calves. 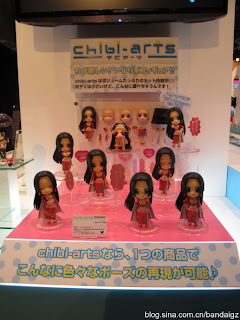 So why am I showing a picture of One Piece Chibi-Arts you might ask? Well, look off to the left and you'll see why. Chibi-Arts Kriem, complete with Mad Bear! This is the best picture we've seen of her so far, which is just enough to wet our appetites.
What's worse then just having a glimpse, though? No pictures at all, of course. Reports say that we have Kotetsu and Barnaby Chibi-Arts coming, but everyone seems to cooperated with Bandai's request for no photos of these two. Word is they'll both come with their own plates of fried rice and Kotetsu has his own little bottle of Mayo. Here's an artist's rendering: 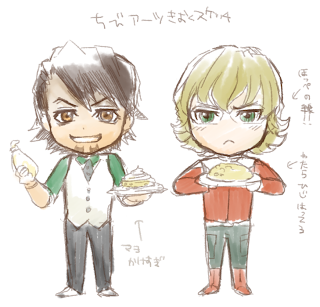 I'll update this post as soon images are released, I'm burning up twitter just waiting for them.
We also had open-face helmet versions of Wild Tiger and Barnaby announced, but we don't have a lot of information about these yet. The fan reaction has been decidedly mixed over the quality of the faces. 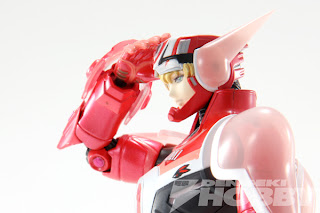 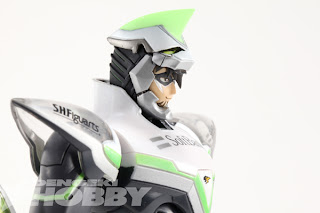 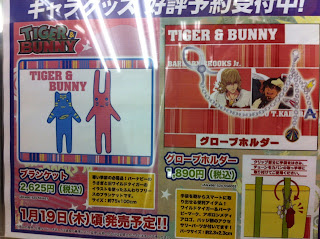 Hope to see ya~ soon with pictures!
1st EDIT: 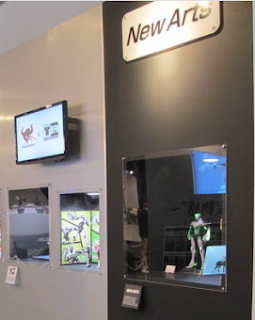 Our first glimpse at New Arts Wild Tiger. I hadn't mentioned him yet because we didn't have any firm information on him, but now here's are first look in all his glorious, lit up, 30cm. That put him at just under a foot in height, but that's not all. Apparently there is also a New Arts Kotetsu, which has been described as 1/6 scale casual clothes Figuarts.
So far, here's the list of new figures, quite a few we haven't seen yet:
S.H.Figuarts Lunatic
S.H.Figuarts H-01
S.H.Figuarts Wild Tiger Crapsuit Version
S.H.Figuarts Wild Tiger 1 Minute Version
S.H.Figuarts Barnaby Brooks Jr Prototype Version
New Arts Wild Tiger
New Arts Kotetsu T Kaburagi
Chibi-Arts Kotetsu T. Kaburagi
Chibi-Arts Barnaby Brooks Jr
Chibi-Arts Kriem
Second Set of Deformeisters w/ Kotetsu (in interview suit), Barnaby (in interview suit), Nathan, Karina, Keith (with John), Ivan, Antonio, Pao Lin, Kaede, and Lunatic
2nd EDIT:
Little late on this, but only a few new images have surfaced as of late. 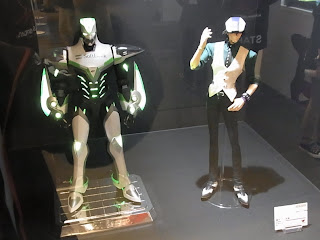 Better pictures of the New Arts figures. Contrary to some earlier reports, word is that Kotetsu's clothes are indeed fabric as opposed to plastic. Interestingly enough, this picture was taken down only a few minutes after it was posted on twitter, but of course once it's on the internet its there forever. 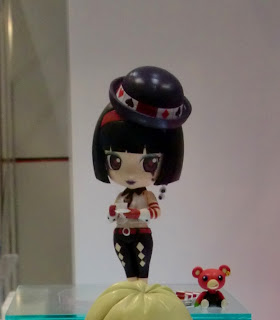 And here's Chibi-Arts Kriem, complete with Mad Bear and tea cup. Looking down you'll also see what appears to be the top of Bunny's glorious mane. Hopefully with the event wrapping up they will finally release quality images of all the new figures. This waiting is killing me.
3rd EDIT:
I've been so consumed with the Tamashii event that I forgot to add a few items that have been added in the last few days. Nothing major but of course it's always worth mentioning new items.

Two new straps from Cospa, which will be on sale early at Jump Fiesta next month. They'll be available for general sale February 12th for just 840 yen. 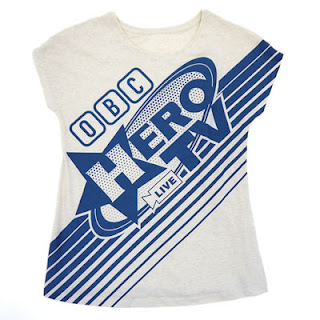 A Girl's French Tunic will be available in January for 3360 yen. Not much else to say about this instead that's it's a pity I'm too tall for most Japanese girl sizes, even long ones. 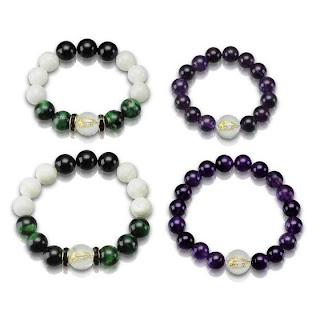 They've released the sale and price information of Kotetsu's beads, and sadly they're a bit bit on the high side due to the use of real amethyst. They'll be exclusive to Bandai's premium store, retailing at 6800 yen a piece. 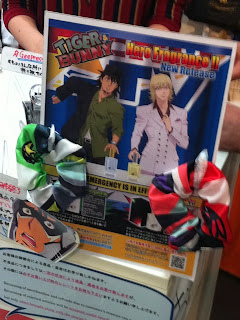 Lastly, Cozy Wave is trying to entice buyers with a bonus set of  scrunchies included with their perfume. Not an item with itself, but still worth noting.
Posted by Royale at 1:18 PM